So April must have knifed the previous three months in the back and leapfrogged ahead. That’s the only explanation for me to be looking down the barrel of the first school holidays for this year. It’s been a busy three and a half months editing wise, and after being offered the role of lead editor for the SNAFU series, and editor for Cohesion Press’ upcoming releases, it’s been a whirlwind of amazing words crossing my screen.

What hasn’t been happening is reading for pleasure (although, conversely, the stuff I’m reading for Cohesion is brilliant indeed). But I’ve had the same novel sitting on bedside table, untouched, for going on three months. And it’s a novel I’m truly invested in – City of Wonders, the third in the Blasted Lands series by James A Moore. However, by the time I head to bed after a full day of editing, my eyes feel like someone’s rubbed them with sandpaper, and I know picking up the book will do not only me, but the story itself a disservice.

Last year I read a total of twenty-five books (novels, anthologies, collections and graphic novels), and that doesn’t seem a lot for the average avid reader, which I’d definitely class myself as. So why wasn’t I reading as much as I thought I should (or wanted)? I’ve often said I read a lot for my editing business, but had no real idea what ‘a lot’ was, so I decided to quantify ‘a lot’ and started keeping track of the word count of all I read for “work”. Yes, those are deliberate quotations – see previous paragraph about the brilliance of what I read. 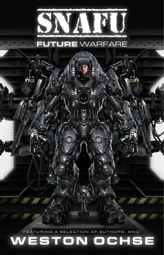 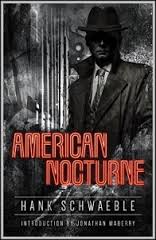 Now anyone who knows me, knows that not only do I totally suck at math, but math totally hates me back. It’s giving me the finger right now. But even I can’t deny the numbers, and believe me, I’ve tried. From ‘That can’t be right’, to ‘Stupid fat fingers must be hitting the wrong buttons’. But no. The numbers definitely add up. It’s a believability thing.

The beauty of reading for editing is that you sometimes get to read stories that you may not normally pick up at a bookstore or buy online. This year I’ve read horror, military horror, regency romance, crime, fantasy, YA, children’s books, non-fiction on refugees and Human Rights Law, eating disorders, and corporate planning. It’s a funny ol’ world.

I used to feel guilty about not reading as much as I used to, but not anymore. Sure, my ‘to read’ mountain grows ever-higher. And yes, I’m still buying books to read – really, that wasn’t ever going to stop. But now I look at the novel sitting on my bedside table and think: Soon, my pretty, soon. And when we are once again reunited, it will be bliss.

5 thoughts on “So many words…”