Finalists for the Australian Shadows Awards for horror fiction were announced today, and I’m absolutely chuffed that the comic, The Road to Golgotha, has made the shortlist in the Comic/Graphic Novel category. Woo and hoo! Huzzah! Woot! 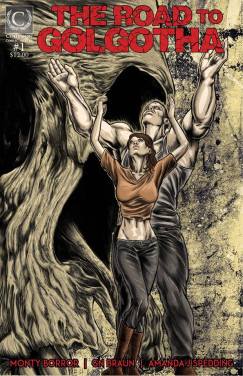 The brilliant thing about this nod is that as The Road to Golgotha is effectively two stories (His Own Personal Golgotha and The Road) within the one tome, I get to share this nomination with GN Braun, who was with me every step of the way as I strove to get the script just right. A huge shout-out has to go to our artist, Monty Borror, whose horrifically beautiful illustrations brought the comics to life.

The incarnation from published short story to comic, The Road was two years in the making, and this nod is the icing on a very cool cake that involved the launch at Melbourne ComicCon last year (you can read an awesome review of it here). As my first foray into comics, I can’t tell you how damn awesome the validation is – you always want your babies to do well. It kicks that writerimposteritis in the guts, too.

But it doesn’t stop there. On the editing side, Alan Baxter’s In Vaulted Halls Entombed, from SNAFU: Survival of the Fittest, is a finalist in the Paul Haines Award for Long Fiction category. From the moment I read this story, I loved it. So seeing it nominated as well, is a huge buzz.

There are so many amazing writers nominated this year, a lot of whom are close friends, so this has been an amazing day of congratulating peeps I couldn’t be happier for, and being super-chuffed to have the comic given the nod.

So, if you’re looking for some amazing Aussie writers to read, the finalists of the Australian Shadows Award is a great place to start.  Congratulations to all the finalists!

The Abandonment of Grace and Everything After – Shane Jiraiya Cummings

The Road to Golgotha – GN Braun and Amanda J Spedding

The Rocky Wood Award for Non-fiction and Criticism

Winner to be announced 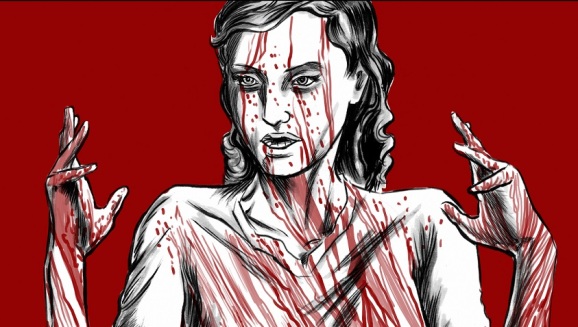