I write. Have done for as long as I can remember, but this last year the second draft of my novel (or as it likes to taunt: double-dare you to finish me, mofo!), has monopolised my time. Novel writing has had a steep learning curve – sometimes I joyfully get it, other times I despair. Ah, the rollercoaster life of a writer – amazing highs and some really shit-house lows.

Of late, I’ve been in that dead zone between highs and lows: the ‘Meh’ State, as I like to call it. While I’m still running on the high of my comic release, a writer needs to keep moving forward, and… enter the Meh State.

It’s taken a while for me to figure out why there’s been an itch the novel couldn’t scratch, but after a week in the country at my dad’s farm, it became apparent – short stories. So focussed I’ve been on getting through this next draft of the novel that I’ve neglected one of my favourite writing mediums.

I returned to fiction writing (from journalism) about seven years ago, and it was with short stories I decided to lay my hat. There was method to my choice: mastering short-story writing would enable me to write a lot tighter, which in turn would assist with my ability to write a lot more story into a novel.

Writing long is a very different beast to writing short, but there’s intrinsic value in learning the art of short-story writing. Creating a complete story within a limited word count means every word has to fight for its right to be in the story – a skill that transfers extremely well to novel writing. It’s a skill I have; one of my shortest pieces (under 3,000 words) won the Australian Shadows Award in 2011. And I’ve been applying it to the novel… and here is also where I think I’m coming undone. It’s the focus on making every word count – especially in this second draft – that is taking me longer to get this draft done than I’d like. There’s a need to shift gears, to see the bigger picture. 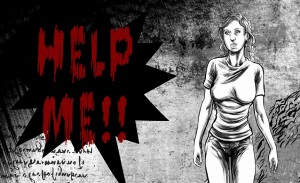 But that’s not the only thing that’s pushed me into the Meh State. I’ve missed writing short stories. A lot. Honing in on a moment in time, a sliver of someone’s life, is a whole lot of fun (yes, horror is a helluva lot of fun to write – murder and mayhem and monsters, oh my!); there’s no need to create a world on the same scale as the novel, but more drip-feed the world/culture into the story – just enough for set the reader in that world.

And let’s not forget the gratification side of things. Writing a short is far quicker than writing a novel (duh), and there’s also a much quicker response time for a short story, be it accepted or rejected. You know what’s happening with it far sooner than you would with a novel. It’s that high of having a story out in the world, fighting for its right to be in an anthology that I’ve missed, the feeling of being actually working (regardless of how stupid that sounds).

Balance. That’s what I was missing. I’d forgone the love of writing in the short form to pursue the lure of writing in the long. As of today, I have two short stories out in the world at the moment, both written within the last few weeks, and I’m currently working on another for an anthology that deadlines at the end of this month. I’m pumped. Not just to finish this short, but to also get back to the novel. Going back to writing short stories has reignited my desire to finish the novel.

As with anything, having such a singular focus can drain the joy from things you love. That was my mistake.

And that’s the long and short of it.