The final book in The First Law trilogy is the longest of the three and the one I read the quickest. Abercrombie had used book two (Before They Are Hanged) very well to set up the mess you knew was coming in The Last Argument of Kings.

When I say ‘mess’, I do so in a positive way. Abercrombie has worked his main characters into corners they may well not survive.

So before you read any further, I best add a spoiler warning:

We begin with the five intrepid questers (Ninefingers, Ferro, Bayaz, Luthar and Longfellow) returning to the Union from their failed journey to the old world. It’s here the decisions Ninefingers, Ferro and Luthar make as they disembark have grave consequences. Abercrombie does well to make what appear to be inconsequential decisions, life-changing ones.

The Union is still fighting for its survival, and with the death of the last royal, those of aristocracy conspire, coerce, cross and double-cross in a bid for the throne. Political machinations have never been so messy (and at times, tiresome), especially amid a war that could see the Union eradicated in its entirety.

Bayaz is his ever-scheming self, and Ferro’s quest for vengeance has tied her to the Magi more than she’d like or care to admit — a lot of which has to do with the mixed emotions she has for Ninefingers. The two had gone their separate ways despite both wanting (internally) to remain together, and for Ninefingers this will come back to haunt him in so many ways.

There’s much that needs to be tied up in this book, and as with books one and two, it was Ninefingers, Dogman and his crew, and West who held my attention. They’re in the thick of war. With some Northerners fighting on the side of the Union, loyalties are tested on all sides… or more a blurring of those sides against a common enemy. But even within these ranks, there’s no end of problems – past rivals and scores that must be settled.

As in the previous two books, Abercrombie doesn’t shy from the horror or war. This is especially evident when Ninefingers and his old crew join up with some hill-people to fight Bethod. This is a nasty, bloody battle, and it’s here we really see just how out of control The Bloody Nine is, and what toll that takes on Ninefingers.

The Ghurkish are still knocking on the door of the incompetent Union, and West is still being stymied at every turn by regulations that make little to no sense under the circumstances. Life really did screw West over.

There’s a lot to like and a lot to… meh, about in this book. The character development didn’t quite… well, develop. I wonder if this was intentional on Abercrombie’s part – sometimes leopards don’t change their spots.

There are no happy endings here – not for anyone. I suppose some might argue that Bayaz, the master manipulator, was the only “successful” player here – player being the operative word here. When it’s all revealed in the end, Bayaz just toyed with those around him, motivated solely, it seemed out of boredom (he’s lived a while, this magi). Being as powerful as he is, a god amongst men, he manoeuvres Jezal into Kingship by such roundabout means, it seemed like a waste of countless pages of political manipulation that could well have been spent on the likes of Glotka.

Ninefingers has been my favourite character from the start, but his ending (and that’s still up in the air – pardon the pun) felt like a cop out. Glotka, however, is the stand-out character come the end of this trilogy. Despite the character’s penchant for running his tongue over his gums, I found it was him I was sort of rooting for in the end.

The dreams/aspirations each of the characters began with are shattered, all through actions (and sometimes inaction) and decisions (or indecision) on their own part. They all had crappy lives to begin with, now they’re just in slightly different crappy lives. I guess the moral is: life sux.

Jezal gets far more than he ever wished for in his life, but guess what? When you get all you desire, it never really lives up to its expectation. Same goes for Ferro. Driven by her need for vengeance, it wasn’t much of a surprise that this came back to bite her on the arse.

It does make you think (as Ninefingers and Ferro often ponder) what their lives would have been like had they made different decisions upon their return to the Union. Crappy, sure, as that’s the way life is in these books. For everyone.

When I got to the end of this trilogy, I wasn’t sure how I felt. Book two is definitely the stand out for me. Book one was a painful read until the last 150-odd pages. Book three? Great battle scenes (all of Abercrombie’s battle scenes are beautifully and ghastly choreographed), deaths of some likeable characters (always a plus if an author’s prepared to do that), and an ending that I saw coming earlier than I’d have liked.

Overall, it’s a good trilogy. Not a great one. And I wanted a great one. The dark stuff was dark, and I think that helped get me through some of the more lacklustre parts of plot. Abercrombie’s characters run the gamut of ordinary to wonderful, but I was left with the feeling that this could have been so much more.

Abercrombie writes well, and there are times when his words are pure poetry, but when you’re looking at close to 1800 pages of story… I expected more, but it wouldn’t stop me from picking up another of his stories just to see what tale he can spin. 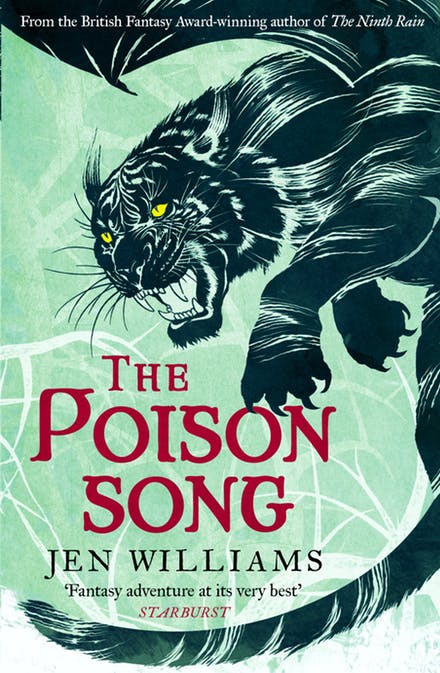