Aah, words. How I love thee! They hold a power, a magic all their own. And Mr Twain speaks the truth – for a writer, there’s nothing like finding that right word, the right turn of phrase that will paint a world, a character, a scene with such vivid detail. It’s what has us rewriting and reworking until we hit that perfection.

Words are the life-blood of a writer. We love weaving them together to create wonder and enchantment. We want to take you places, leave you there for a while if we must, and have you take a little piece of it away with you.

We invest in our work, invest in ourselves to create that work. Time and learning our craft is the biggest investment a writer makes, but there are also times where dollars are invested. I’ve done it, and it was money well spent. Five years ago I joined the Australian Horror Writers Association crit group – the crit group was free, but a yearly membership of $20 was paid and worth every cent. Not only did I find a bunch of writers who helped me see where I was going wrong, and who supported and bolstered me and my writing, but more than that, they were (and are) some of the best people I know.

When the opportunity arose for a mentorship, I jackpotted again and was mentored by the extraordinarily talented and extraordinarily lovely Kaaron Warren (read her work, it’ll take you to some very spooky places). What I learned from Kaaron was invaluable, and the $165 I paid for the mentorship was a pittance compared to the experience and knowledge she passed along to me.

My writing improved a thousand-fold after working with Kaaron. Even my first drafts were not quite the crap they were previously (and we all know first drafts are crap), but the skeleton was stronger on which to build. It still meant rewriting and reworking that first draft, of course. It’s the investment of time. Time.

So when I came across a “book” professing a foolproof way to write your own book in less than a week, I was more than a little sceptical. More promises followed: six figure income in twelve months; will turn you into an expert in your field. Yada, yada, yada, blah, blah, blah. And let’s not forget the “seminars” and “master-classes” (for more money, of course). Oh, and before you ask, qualifications? Pfft! Who needs those!

Now I have a healthy dose of cynicism, and could see right through this rot (note: I will not provide links to this so-called book, as… well, it’s a load of bollocks), but it’s not aimed at someone like me, someone who can call bullshit on their claims. It’s aimed at the most vulnerable of our writing community: the newbie. (Or as the book proclaims: “for the budding writer”) 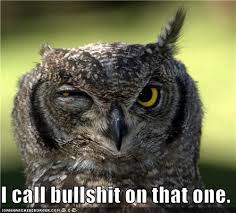 We were all newbies once; caught up in the romanticism of writing, of creating, of being published. And we still are. Those of us who have been writing for a while now understand the amount of work, the struggle, the yearning and the passion to create. There are no shortcuts. You can’t wave a magic wand over a first draft to turn it into literary gold. It takes rewrites and redrafts, rereads and reworking.

It takes time. Time to make those words that will resonate with a reader; time to learn your craft; time to make your story the best it can be. Can it be done alone? I haven’t come across any story (be it flash, short, novella, novel) that’s stuck with me that hasn’t been passed past another’s eyes, a professional, before publication. When I see someone professing to hold the golden goose out to new writers, I get mad. Duping up-and-coming writers to make a quick buck is unconscionable. These parasites make a mockery of my profession, of my passion, and do so with little regard to those they target. There’s a special kind of hell waiting for those who cash in on the dreams of a new writer, I’m sure of it.

When challenged on the veracity of the content and title of that scam-book, the “author” bid a hasty retreat. Another took up their cause, which ended in an interesting discussion on the creative process, and this person’s flat-out refusal to ever engage beta readers or a professional editor or proofreader – their work didn’t require it. 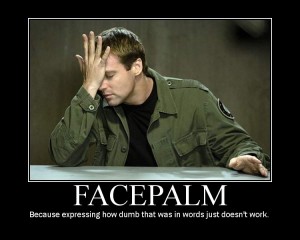 As a professional (qualified) editor, I know this is not the case. All work, regardless of the author, needs another set of eyes passed over it (more than one set if you can manage it). It doesn’t need to cost a fortune, it doesn’t need to cost anything but time: reciprocity is a great foundation for beta readers, and also builds relationships with other writers (who are really quite astute readers).

Can you make a six-figure income within twelve months on said book? Realistically? No. And promising a budding writer such is not only fraudulent, but downright despicable.

The creative process does cost, but most of those “costs”—time, sweat, and yes, sometimes tears—a writer is willing to invest. But those costs shouldn’t line the pockets of scammers trying to bilk money from those who are just starting out.

There are organisations—reputable writing centres, writing associations, writing groups etc—that are found easily enough on the ‘net. Invest the time to search for a group or association that fits your needs. There are a lot of genre associations who would be happy to point you in the right direction. Don’t be taken in by “books” that promise the world. Remember, if something’s too good to be true, it probably is.

2 thoughts on “The Creative Proce$$”