Language is the blood of the soul into which thoughts run and out of which they grow. ~ Oliver Wendell Holmes Sr.

With today being the last day of Women in Horror Month, I thought I’d sneak in one last post on gender. Today’s topic? Words. Gender-specific words. (It’s true, they exist.)

As an editor of both fiction and non-fiction, I spend a lot of time immersed in the words (and worlds) of others. For fiction, gender-specific words work – your characters are female or male (as yet, I’ve not worked with an author on a story containing a transgender character), so there are very few instances where gender-specificity becomes an issue. With non-fiction and copywriting, I’ve often found it to be a minefield of exclusivity.

What started out as a discussion with an editor friend of mine, Geoff Brown, about gender-specific pronouns grew into a Facebook experiment (here and here), where I posed a question and asked for replies on whether there was an error. The question was simple enough:

If a doctor doesn’t bulk bill, should he be required to work longer hours?

Out of fifteen responses (and a lot of fun had along the way), only five picked the gender-specific pronoun. Why should the doctor be a he? Why indeed. Another pointed out that when the word ‘nurse’ is used, most think ‘she’. While historically these professions have been gender-defined (with some wonderful exceptions here and here), they are no longer, but so ingrained is our concept of gender-identification that we allocate (mostly subconsciously) language that suits individual ideology.

What’s wrong with that? Well… plenty. Let me set the scene: I have two children (a girl and a boy – both amazing kids); now, using the example above, if my kids are to only ever hear me refer to doctors as ‘he/him’ and nurses as ‘she/her’, am I not reinforcing (however subliminally) gender-discrimination? 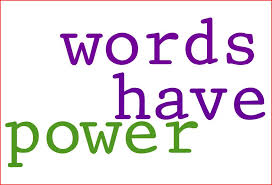 Even writing this, I wonder if I’m making a mountain out of a molehill (and I’m sure some might believe I am), but language is powerful, and studies show that from the womb, we’re attuned to it. From birth, we’re encouraged to speak (nothing beats the first time my kids said ‘Mumumum’); children pick up nuances of language – they mimic, they learn, they apply.

As a writer, I love language. I love words and what they can do. I love using them to create people, worlds, cultures, beliefs; to create monsters, gods, conflict, harmony – the possibilities are endless. As an editor, I have a responsibility to ensure language is inclusive (linguistic inclusivity). As a writer, I do as well – why would I limit my audience?

But surely a simple pronoun wouldn’t do that. I ask you this: as a woman, if you were to read a piece of copy or non-fiction where the only pronouns used were ‘he/him’, would you feel it was written for you? As a man, if you were to read an article or non-fiction piece where the only pronouns used were ‘she/her’, would it resonate with you? Would you notice? Does it matter?

Call me crazy, but to me it does. Words matter. Context matters. Inclusivity matters – be it gender, ethnicity, age, ability or disability – it matters. Words; wield them well, my friends.