Yes, this will be a two-parter… just bear with me. Last year I penned a post on women in horror, which detailed my experiences as a female horror writer. As Screaming Ink has now slipped into the ether (may she wreak havoc wherever she goes!), I thought I’d revive the post here. In the next few days part two will go up. So without further ado, part one…

“I do not wish women to have power over men; but over themselves.” Mary Shelley.

February heralds the third annual Women In Horror Month. Established by Hannah “Neurotica” Forman in 2009, her manifesto is part call-to-arms, part raising awareness and support for those of us with the ‘XX’ chromosome who read, write, act, film, and love the horror genre.

I’m an avid supporter of recognising women in horror – hell, I am one; what I find sad and a little irritating is the need to raise awareness of the contribution women make to the genre. That we should have to push to be heard/read/taken seriously et al, because of our choice of genre is a bloody sad indictment on the industry(ies) and society.

I didn’t make the conscious decision to write horror; when I began putting pen to paper (or fingers to keyboard), horror was what flowed, and I was damn happy about that. But I admit, I did think long and hard on my publishing name, and had a long back-and-forth with my buddy and fellow horror writer, Mark Farrugia, on the issue. AJ Spedding is genderless, and even at the beginning of my fiction writing, I understood the perceived societal belief that horror is the ‘man-cave’ of the genres. Would my horror stories be more readily accepted as AJ instead of Amanda?

Surely, we’re well past the point where ‘women in horror’ are relegated to scream queen status—don’t get me wrong, I love a good(bad) 70s B-grade horror flick—but am I deluded in my thinking that being a writer of merit is enough? Is my horror-writing success dependent on whether I have boobs? As far as I’m aware, they’re not sneaking off to write my next story while I sleep (kind of like ‘The Elves and the Shoemaker’ only much classier).

I went with the name my parents gave me because of the little lady in my life. What message would I be sending my daughter by using my initials so I’m not immediately recognised as female. I want her to grow into a proud, strong woman who doesn’t put up with misogynistic bullshit. That starts with me.

So here I am, Amanda J Spedding, female horror writer, who has too often been on the receiving end of ‘The Look’ (you know the one, part disbelief, part confusion and yep, a little touch of horror) when I tell people the genre I write. The Look is usually followed by: “Really? No.”

Just last week I got ‘The Look’ again from the parent of one of my daughter’s classmates when she overheard me talking to a friend about an upcoming publication. “You’re a writer? How exciting!” she enthused. “Do you write children’s books or romance?”

Really? Those are my only options? Would she have offered the same genre-choices had I been swinging the Y chromosome? I doubt it. “No,” I told her with Zen-like calm. “I write horror.” Aaaand, there it was – The Look. I’d hit the double-whammy, you see. Not only was I a woman writing horror, I was a mother, too.

It’s the follow-up questions I most enjoy: “Good heavens, why?” 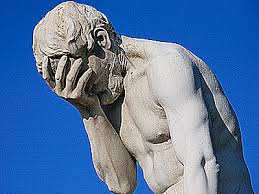 Now, The Look and I have been sparring partners for a good few years, so depending on how high the eyebrows rise and how far the jaw drops, I spout one of two replies: a) “It’s so much easier to explain away the sacrificial goats/virgins/widdle kittens; or b) “So I don’t become a news report that ends with ‘and then turned the gun on herself’.”

I went with my goat-response (my two cats know where I sleep). Before the woman could grab her child and flee, I asked why she thought I wrote children’s books or romance, and not any other genre. When she gave her response, I saw the realisation of her misogynistic remark settle in her eyes. “Because … you’re a woman.” There it is. She was embarrassed, which wasn’t what I wanted – education and awareness is key here if women are going to be taken seriously as horror writers.

This parent is a well-educated professional (and perfectly nice), but like most of society, has the ill-conceived belief that women don’t write horror; or that if we do, we’re not all that good at it, I mean, we grow and sustain new life and are classified as nurturers (Aileen Wuornos, anyone?), we couldn’t possibly know or understand true horror (again, Aileen Wuornos, anyone?). Society seems hard-wired into the ‘men write horror’ credo.

At a recent birthday party, I was sitting with my husband and a few fellow horror writers when one of the guests assumed my husband was the one who wrote. “Nope,” my husband told him. “That’d be her,” he grinned as he pointed to me. I don’t get offended (unless the response is offensive), nor do I go on a rant to explain the prodigious amount of female horror writers in the industry. I’m a writer. Horror is my genre. It’s really quite simple.

Enter stereotype number two: “You don’t look like a horror writer.” Now I’m not sure what a horror writer is supposed to look like (I didn’t get the memo). But we come in all shapes and forms: short, tall, blond, brunette, bald; a diversity of ethnicity and beliefs, and, surprisingly … drum roll please… female and male. Shocking, I know. We’re just like everyone else, it’s more we tend to exorcise our ‘demons’ onto the page. It’s a hell of a lot of fun.

Stereotypes suck, and more often than not, they’re way off-base. No one woman is a stereotype, just as no one man is. We’re all individuals, and we each come with our own qualities and our own crap. I’m sure male authors who write romance are subject to the same genre-prejudice, but I don’t write romance, I write horror and I love it. I love putting my characters in terrible situations, pushing them to (and often past) their limits, and giving them shitty decisions to make. I want to invoke the ‘what would I do?’ response in the reader; I want their heart to hammer, their gut and their sphincter to tighten, and I want them to be compelled to turn the next page all the while dreading it. That’s my rush.

I’ve read a lot of posts lately about the under-representation of women horror writers (here’s another); how horror anthologies are skewed toward male authors over female. Peter Tennant from Black Static has broken down some of the anthologies he’s read here. It makes for some interesting reading. There are, however, always exceptions to the rule: one of the first horror anthologies I was in: Festive Fear (Tasmaniac Publications), had 7 female authors out of the total of 14 – a 50/50 split seems pretty rare, though.

There are some fantastic female horror writers about, especially in Australia, and I was lucky enough to be mentored by the truly gifted and extraordinarily nice, Kaaron Warren (she’s a mum, too). What I learned from Kaaron was invaluable – and that she’s smashed through that ‘man-cave’ wall and is setting up house, continuing to pave the way with the likes of Gemma Files, Sarah Langan and Sarah Pinborough, only brings more recognition and awareness to the ability of women in horror.

As member of the Australian Horror Writers Association (and former committee member), I love this genre – it’s where I like to lay my machete, and we encourage and support anyone, regardless of gender to join our community. And a great community it is. There’s no gender bias – we’re writers, plain and simple.

Changing the preconceived ideas of women in horror is going to be a long, hard slog, but the skill and talent I’ve seen out there will break down those walls. Women have been fighting for equality for … well forever, really, and when it comes to writing, it’s been an uphill battle.

When Mary Shelley wrote Frankenstein, many believed it was her husband Percy Shelley and Lord Byron who had more than a hand in it – Germaine Greer tackles one such moron here (although I don’t agree with her assertion Frankenstein is crap). Then there’s the HG Wells vs Florence Deeks plagiarism debate on The Outline of History, and the alleged assertion Macmillan & Company passed Ms Deeks’ manuscript on as they wanted a male author. (Note: all Ms Deeks’ litigations were summarily dismissed, but there seems to be an overwhelming amount of evidence to support her claim). Scroll to the bottom and read here; and the author of this post – Jonathan Bailey – states Deeks lost her court cases based on her gender.

So to finish this … essay off, where does that leave us? With an amazing amount of female horror writing talent, and a growing awareness of the strong and wickedly loud voice of women horror writers. Publishers, editors, readers, film directors, producers et al, will see an ever-increasing number of women’s names attached to the horror stories they’re reading, and they’d better sit up and take notice.

I’ve only been writing horror for three years, and I’m proud to say that to date, I’ve never experienced gender-bias in the industry (that I’m aware of). I’m also proud to shout from the rooftops that some of my strongest supporters are men: my amazing husband Eddie who supports me (and my genre) wholeheartedly, my Dad (who’s too frightened to read my stuff but demands a copy of every publication), my brothers (who are both proud as) and the three men with whom I share this blog (big up Marty, Mark and Dave!).

Fighting against the gender bias in publishing, and the misogynistic generalisations of horror being a man’s world is an ongoing battle, but one that is seeing a lot of play in the media. Here’s hoping it’ll give those who need it, the kick up the bum they deserve. As for me, I’ll continue to write the best horror that I can, safe in the knowledge that I have the unending support of my friends and spec-fic community – no matter the chromosomes they carry.